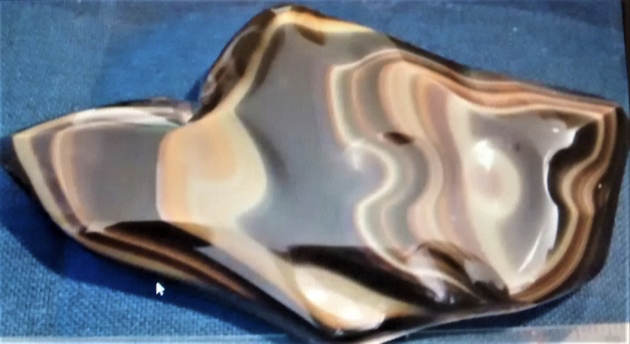 U3A ROCKS AND MINERALS TALK BY ROGER LEECH VIA ZOOM

Penrith and North Lakes U3A had their first monthly meeting via Zoom with about 50 members taking part. This was an excellent, lively and well-illustrated talk with an exploration of rocks and minerals both above and below ground. With a father who was an engineer, Roger Leech’s early family experiences in Africa and elsewhere sparked his interest in rocks and minerals. His own career was as a scientist, initially focusing on micro-biology, but he has always maintained a serious fascination for geology and he has a most extensive collection and knowledge of a wide range of rocks, minerals and mining. Living in our local area has enabled Roger to develop his interest further, particularly as he is a keen fell walker able to explore our former mining areas.

Using Zoom enabled Roger to offer excellent illustrations of the rocks he described, drawing many of his examples from Cumbria, once the scene of a great variety of mines, from lead mines to the east beyond Dufton, copper mines to the west between Keswick and Coniston and mines extracting the more rare minerals such as wolfram, also known as tungsten, at Carrock. He also showed examples of particularly useful rocks such as haematite, essential for the production of iron, found at various Cumbrian sites and gypsum, the basic mineral in plasterboard, still mined at Kirkby Thore but also found at Long Meg. Intriguing names of the minerals, and even more spectacular illustrations, made this talk particularly special. The audience was treated to examples of sphalerite, chalcopyrite, linarite, brochantite, malachite, witherite, erythrite, pyromorphite and siderite, which, for many, stretched their vocabulary! The enormous variety of rocks was also demonstrated with the colourful purple and yellow forms of fluorite, green malachite and the many colours found in quartz veins.

Some wonderful examples of curious shapes found in rock were also shown. Manganese dendrites, as the Greek element of its name suggests, looks like trees; rainbow obsidian has beautiful swirling patterns of various hues within it; the very dramatic red rhodocrosite is also quite stunning. Roger’s excellent talk yielded many interesting questions and altogether the Zoom experiment was most successful. We next look forward to Richard Waller, a Geography lecturer at Keele University, speaking on the impact of glaciation on our local landscape, again by Zoom, on 5 November.

Penrith and North Lakes. View the Latest Newsletter and Groups News for April / May (link)

Cumbria u3a Network are pleased to announce their THIRD ENERGY CONFERENCE, to be held on Friday 22 April 2022 at Rheged, Penrith. (Further Information)